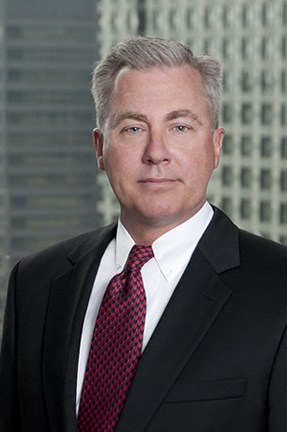 Throughout his 30+ year career, John Patton’s name has become associated with a wide array of colorful epithets:

These are but a few examples of the many accolades that have been published heralding John’s legal prowess. Countless other articles giving him accolades for his successes at trial have been written over the years.  The numerous publications about John’s career and the myriad of awards and honors continuously bestowed upon him are a testament to not only his superior litigation skills, but also his vast experience in trying cases. It is this experience that truly distinguishes him from other lawyers.

While attorneys often boast about being accomplished litigators, in actuality, the vast majority of cases never make it to trial. Most of them will try only a handful of cases throughout their careers.

John Patton, however, starts an average of one major trial every single month. Year round. Nationwide.

“He’s already tried multi-million dollar cases in more than half the states in the nation, many of which he inherited on the eve of trial. While most would call taking over a case just weeks or even days before trial an impossible feat, John simply calls it “parachuting.”

Obviously, John prefers handling cases from the outset, where he and his trial teams can conduct discovery and craft trial strategies that will elicit the favorable results his clients have come to expect. However, he understands that with a trial date right around the corner, there may suddenly be a need to call in an experienced trial attorney if settlement negotiations fail or plaintiffs’ demands remain unreasonable. When those situations arise, his clients know that John always answers his phone.  After all, it’s his willingness to be parachuted into those eight and nine figure cases that earned him the moniker, “Fearless John Patton.”

Although John has earned the awards and honors such as Super Lawyers, Leading Lawyers, and an AV-rating that are expected of a lawyer of his stature, even the most resolute opponents quietly acknowledge that his fearless readiness to take even the toughest cases to trial can soften their settlement posture.  John’s outstanding track record and his tireless pursuit of his client’s best interests are well known among his adversaries. When they see that John has taken on a case, they know that a trip to the settlement table with a lower, more reasonable demand is in their own client’s best interests.

Sometimes, however, overconfident plaintiff’s lawyers do decide to take their chances against John in court, as they did in a recent case. Instead of possibly walking away with a seven- or eight-figure settlement for their clients, John’s opponents gambled against him and lost it all in a $180 million reversal on appeal.

In the more than 3 decades John has spent handling cases involving general tort, professional malpractice, construction defects, insurance coverage and bad faith, transportation, and products liability for insurance companies and major corporations across the country, he has learned that sometimes the facts just aren’t on your side. He knows that when liability is clear, some plaintiff’s lawyers seek damages that far exceed what’s appropriate under the tragic circumstances. In those situations, when a client is most in need of an advocate on their behalf, John is always there to ensure a fair result.

John has been admitted to the bar of the State of Illinois, Michigan and Wisconsin as well as federal district and appellate courts including:

Trying multi-million dollar cases nationwide, John has been admitted pro hac vice into states across the country including some of the most hostile state and federal jurisdictions in the country, including:

Known as a generous philanthropist, John is active in the legal and business community. These activities include:

Renowned as among the nation’s most-effective trial lawyers, John has been featured in many publications and received dozens of awards and accolades.  These include: